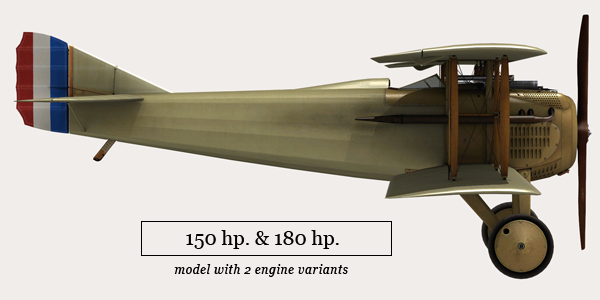 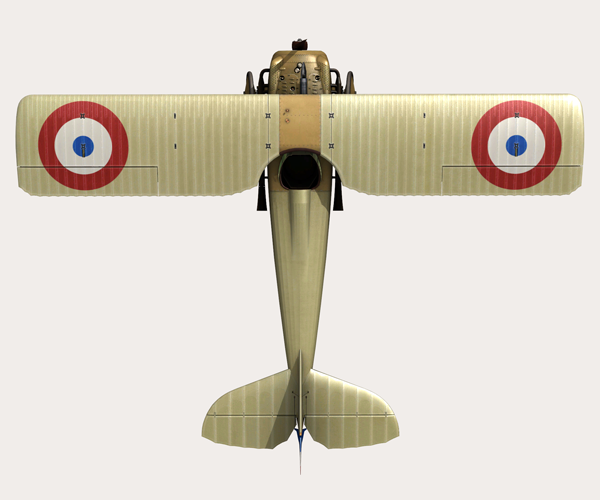 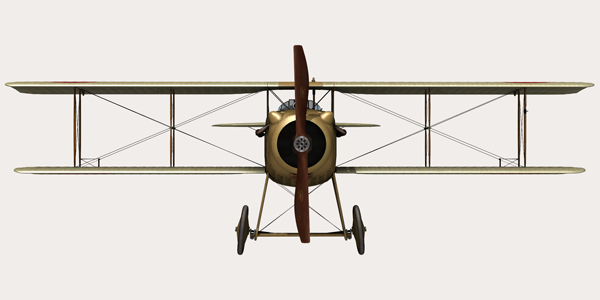 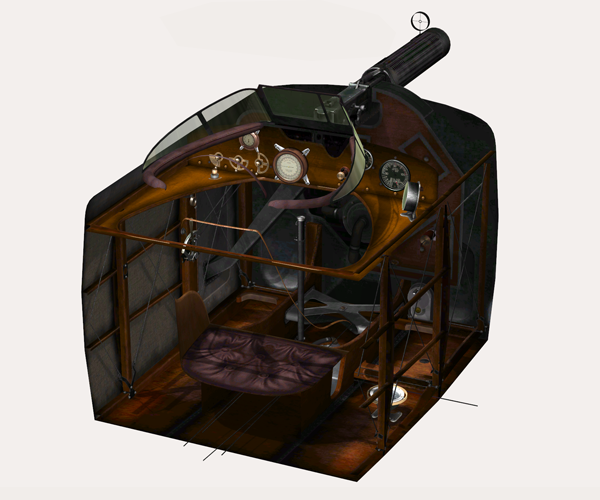 The SPAD S.VII was a single-seat fighter developed by Louis Bechereau of the Societe Pour L'Aviation et ses Derives in early 1916. Much of the design of the aircraft was drawn from SPAD’s development of the rotary-powered SPAD Type A. The initial engine to equip the SPAD S.VII, the 150-horsepower Hispano-Suiza 8A, was originally developed by Swiss engineer Marc Birkigt in February 1915.

The prototype aircraft, which was called the SPAD V, was flown for the first time in April 1916. This plane initially had a large conical spinner with a central opening, which was blended with a circular radiator and cowling. Although the spinner was eventually discarded, the circular radiator and cowling would remain defining features of the type. Flight testing showed the aircraft possessed an excellent maximum speed and climb rate. In addition, the airframe’s sound construction endowed the plane with a diving performance superior to that of the lightly built Nieuports, which were known to shed their lower wings in steep dives. With these promising characteristics in mind, the aircraft was ordered into production as the SPAD S.VII on 10 May 1916.

Initial delivery of the SPAD S.VII was slow due to difficulties with the production of radiators. Production gradually increased as contracts were given to other French manufacturers (Gremont, Janoir, Kellner, de Marcay, Regy, Societe d’Etudes Aeronautiques, and Sommer). The aircraft was also produced in Russia by Duks and by the Bleriot & Spad Aircraft Works in Great Britain. In early 1917, the 180-horsepower Hispano-Suiza 8Ab began to be fitted to the aircraft, and by April 1917, all newly produced planes were equipped with it. In all, approximately 3,500 SPAD S.VIIs of all types were built.