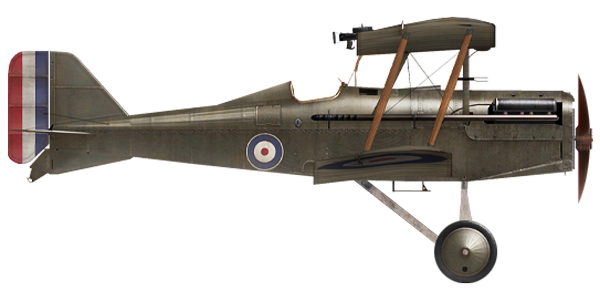 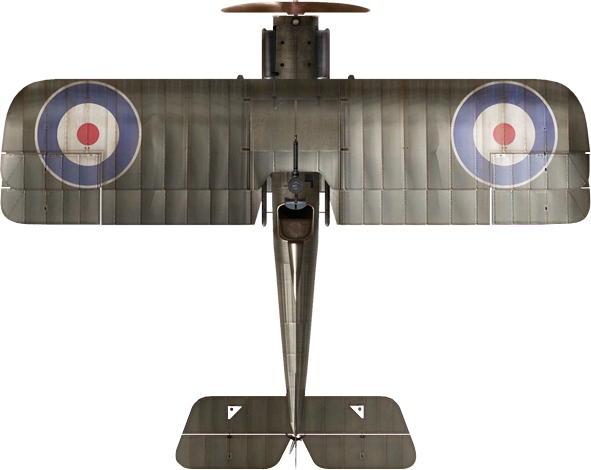 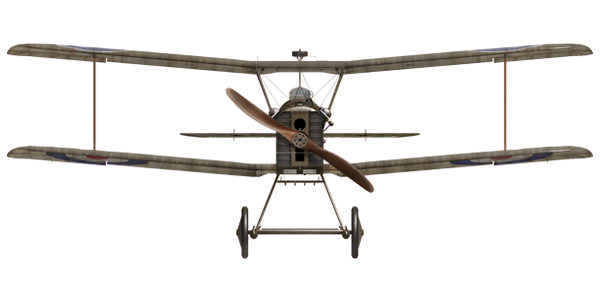 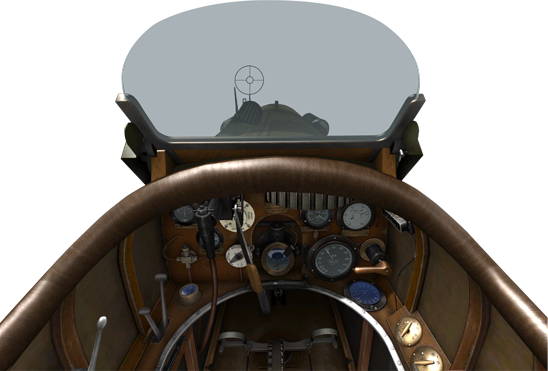 The plane was designed by British company R.A.F. (Royal Aircraft Factory).S.E. - Scout experimental (single seat fighters). The target was to build a fighter around Hispano-Suiza engine with 200 hp, which would be fast and have high climb speed. To reach this target engineers had to settle on a compromise. Making wing profile thin they simultaneously increased its surface area. This design featured ailerons in top and lower wings. 5269 planes were built be the end of the war.

First trial flight was performed in January 1917. The plane first saw combat in June 1917 in English squadron N 56. It was used to engage enemy fighters and balloons, bomber escort, very rarely to engage ground targets around the frontline. Speaking of the aircraft pilots mentioned durability of structure, sufficient maneuverability, stability in dive and when firing machineguns, fine handling, good sensitivity of controls at low speeds. When landing at high speed the plane long couldn't touch the ground due to high wing lift. Interesting that most British top aces flew this type of plane. It was even given a nickname – “Ace-maker”.

During service poor reliability of Hispano-Suiza engines became clear, that's why the plane was also fitted with more reliable Wolseley Viper engines (license built by British factories Hispano-Suiza). Frequent gear breaks on landings forced to strengthen the structure, as a result of this its shape was changed (metal welded tubes where replaced by wooden frame). The aircraft participated in battles in Europe on the Western front, in Macedonia, Mesopotamia and Palestine.