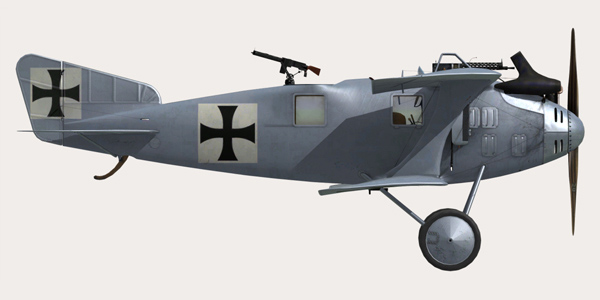 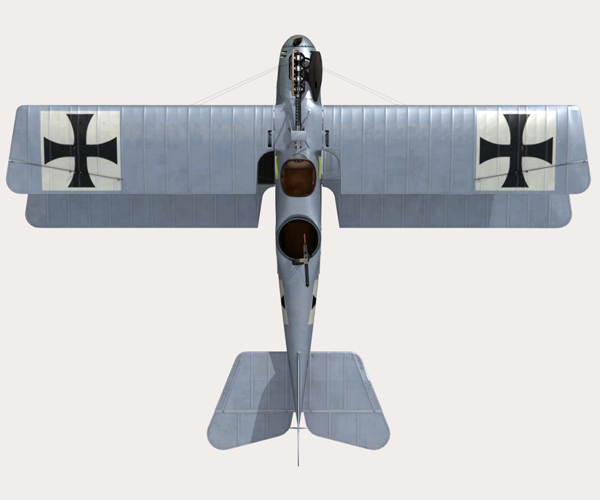 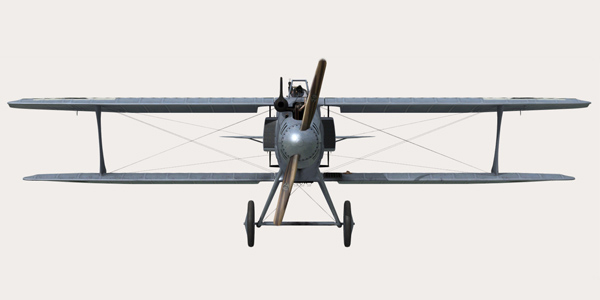 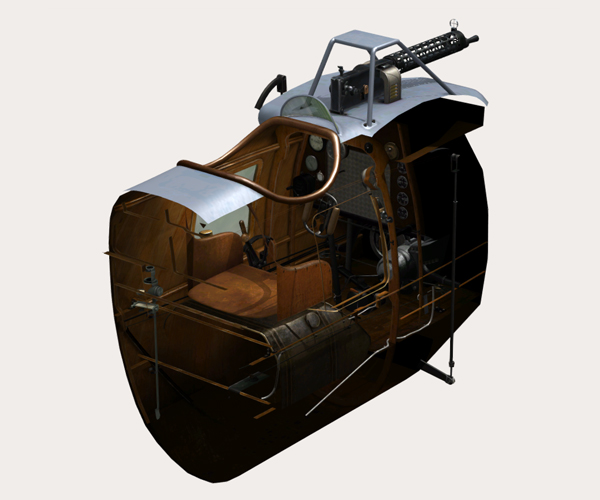 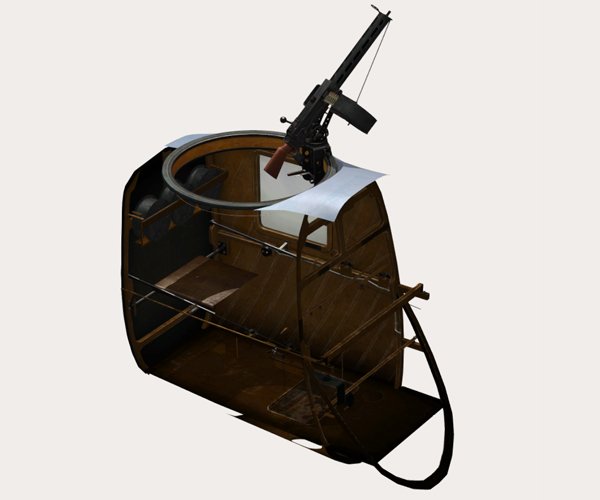 One of the most original trends of thought in aircraft design during 1915 was seen in the L.F.G. Roland C.II, which had been evolved by Dipl. Ing. Tantzen, who had recently joined Luftfahrzeug Gesellschaft as a design engineer. Tantzen's ambition was to present a drastically cleaned-up airframe, eliminating as much as possible of the "built-in" drag of interplane, center section strut arrangements and attendant bracing. Streamlined design of fuselage, thin wings profile gaved for machine great performance for its time, as when it began to equip frontline units - it was one of the fastest airplanes at front, and where able to outrun any enemy fighter plane. Upper wing where placed on the top edge of fuselage what gave great forward and up view for the pilot. But due to its wide oval fuselage and deep pilot position in fuselage, it was very unforgiving airplane on landing, as some pilots stated that there was very few pilots which flew this airplane whom hadnt crashed it on landing.

With time, some minor modifications where added, such as forward firing gun for the pilot, internal wings structire change and ailerons controls moved into upper wing with push-pull rod as controls instead of cables thru lower wings on early machines. Also wing wire trailing edge was replaced with wooden stringer. New version became Roland C.IIa. The story is told, probably apocryphal, that when the officials attended upon the trials of the C.II one member was heard to remark, "Truly this machine is a whale!" and the type certainly became unofficially known as the Walfisch. First prototype powered by Mercedes D.III engine flew October 25-26 of 1915, and mass production had began 23 December of 1915 when first production order for 50 machines where placed.

C.IIs began to equip the Fl. Abt. units for reconnaissance and also for escort duties by the beginning of 1916. Usually the reconnaissance machines were armed only with a Parabellum gun for the observer, and a radio transmitter also formed part of his equipment. Later a forward firing Spandau gun was added to the armament, some later machines where able to carry bombs on external rack under fuselage. Mostly because of its performance it were often used as strategic reconnaissance airplane, with deep flights into an enemy territory. Later when allies intruduced faster fighterplanes, Rolands where used as close support and reconnaissance airplanes, and slowly been withdrawn from the frontline units by june of 1917, and where transferred into traning schools. Rolands where build by LFG Roland and Linke-Hofmann by license agreement. Assumings all orders where completed, LFG Roland build 139 C.II machunes and 168 C.IIa machines which where build by both manufacturers.