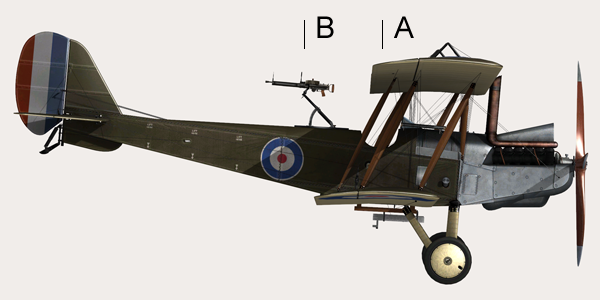 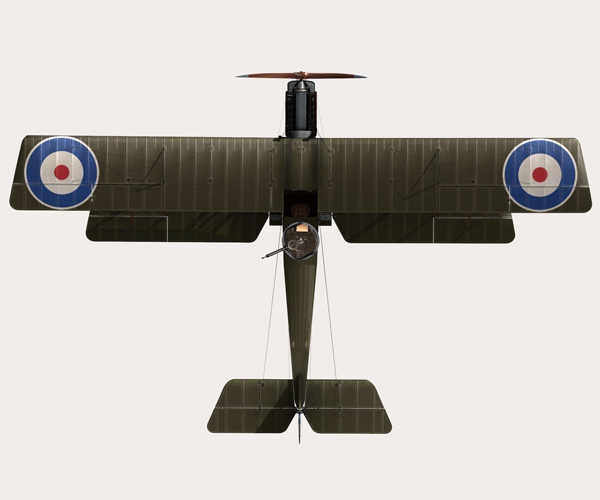 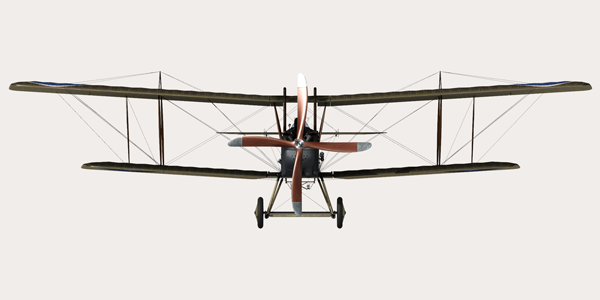 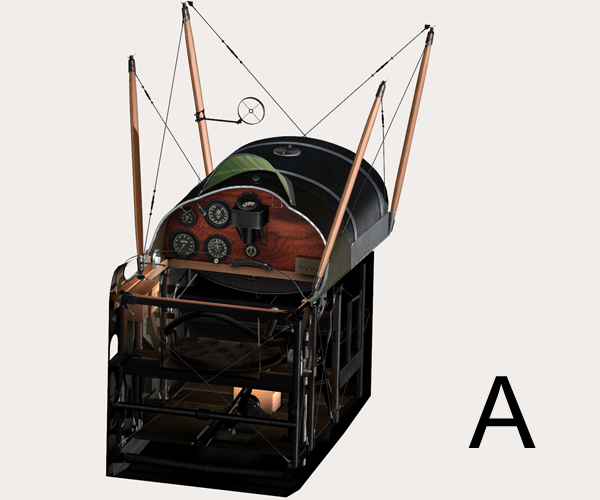 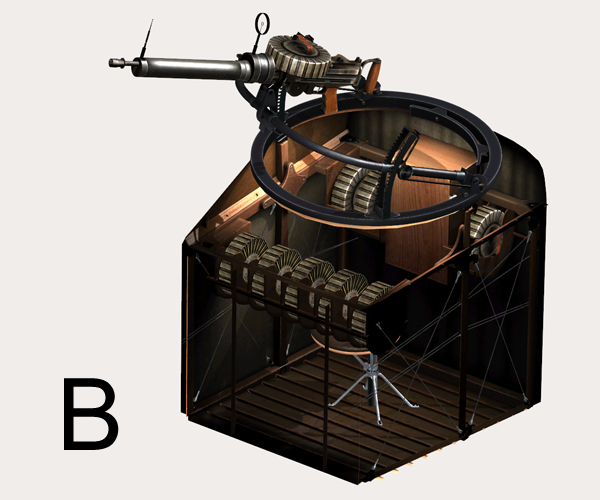 The R.E.8 was designed as a replacement for the obsolete B.E.2. Armament consisted of one synchronized machine gun facing forward and a rear gunner position aft of the pilot. This was a departure from the B.E.2 design which had the gunner in front of the pilot. This caused some awkward and dangerous firing positions, especially to the rear.

The R.E.8 was equipped with V-shaped 12-cylinder air- cooled engine the RAF4a. The aircraft was designed to carry a radio and photographic equipment for recon and artillery spotting duty. It could also carry a small bombload on underwing racks. A very versatile aircraft for its time. The first versions of this aircraft began to arrive at the front in late 1916, but it did not arouse much enthusiasm among its pilots. The aircraft was difficult to fly and it was not very forgiving. Piloting mistakes could lead to a deadly tailspin. The first front-line squadrons to receive the R.E.8 reverted back to the old, but combat proven B.E.2. Eventually the R.E.8 did see combat and its debut was not very encouraging. One famous combat from April 13, 1917, saw six R.E.8’s, which were on a recon mission over the front line, attacked by six Albatrosses led by Manfred von Richthofen. In a fleeting, lopsided battle, all six R.E.8’s were shot down with no losses to the Germans.

Nevertheless, the troops urgently needed a new plane and after modifications of the tail assembly and elimination of many small defects, the R.E.8 entered into mass production at several plants and became the most popular two-seat aircraft fielded by the British during the First World War. No fewer than 4,077 planes were built after introduction and it was one of the most common aircraft in the skies over the Western Front. It was used as an artillery spotter and reconnaissance platform, as well as a bomber.

The military designation of “R.E.8” shared a familiar ring with the name of a famous entertainer of the day called Harry Tate, so the aircraft became known affectionately as the “Harry Tate” by its aircrew. The R.E.8, when under the direction of experienced flight crews, performed well in combat and remained in service until the end of the war. 16 squadrons of Royal Air Force flew the R.E.8 at the Western Front . Several other squadrons in other theaters of combat operations also used the R.E.8.