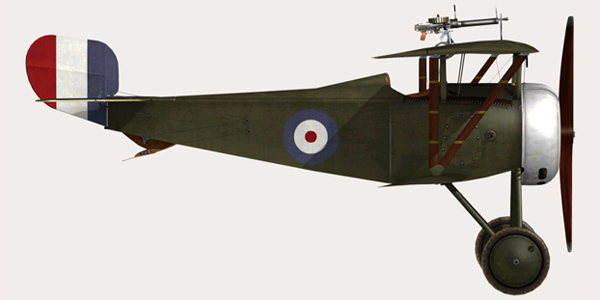 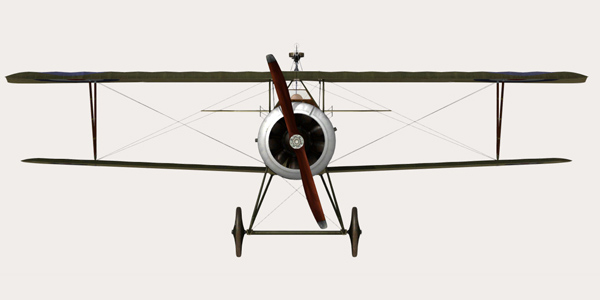 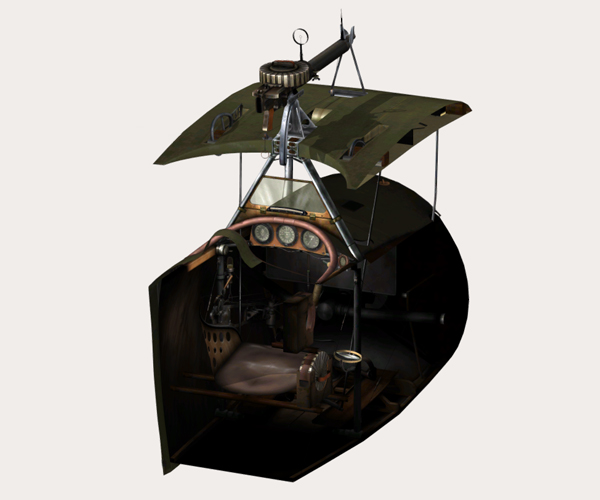 The Nieuport 17 was seen as a further development of the aging Nieuport 11 fighter. Compared with its predecessor it had larger wing span and surface area, also a more powerful engine was fitted that led to modifications of the engine cowling. Some other design changes were the additions of a Vickers machine-gun fitted in front of the cockpit and metal aileron control wires. The lower wing continued to contain one spar while the top wing contained two, making the N17 a so-called "one-and-a-half wings" design. The plane was at first manufactured in France by several factories, but soon, licenses to build it were purchased by other countries: Great Britain, Russia, Italy, Finland, Japan all built the N17 under license. It was one of the first examples of an export fighter, a practice that is still in use today by many nations. Altogether 7,200 Nieuport planes were built with the Le Rhone engine.

Pilot memoirs mention its first combat appearance was sometime in May 1916. Nieuport 17s were first deployed by France's N57 squadron. It was used to engage balloons, bombers and fighters. Pilots reported a good climb rate, speed and visibility. It also had excellent maneuverability which was very important in dogfights. Introduction of the Vickers machine-gun was met ambiguously by its pilots. Some pilots removed it and placed a Lewis machine-gun on top of the wing instead. Yet some other pilots used both machine-guns simultaneously. However, the additional gun did decrease maneuverability somewhat.

These so called "one-and-half-wings" designs, like the N17, had an obvious design defect. Because the lower wings only contained one spar, the lower wing tended to fold and break off during high speed dives and maneuvers. There are only two known occasions when pilots made successful landings after losing their lower wings. Similar German designs suffered from this same problem.