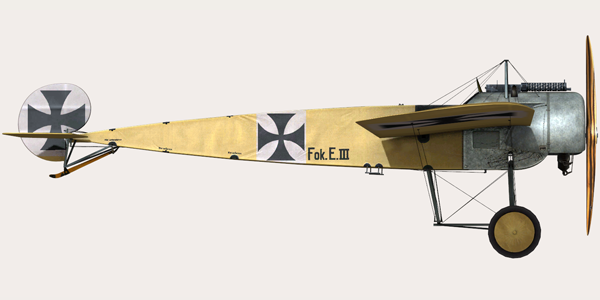 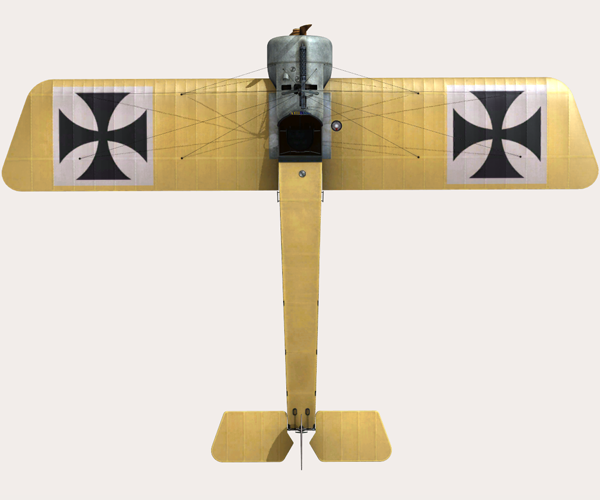 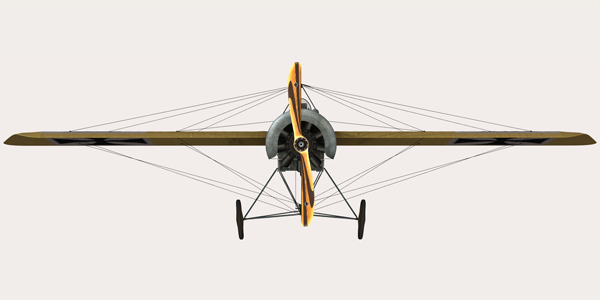 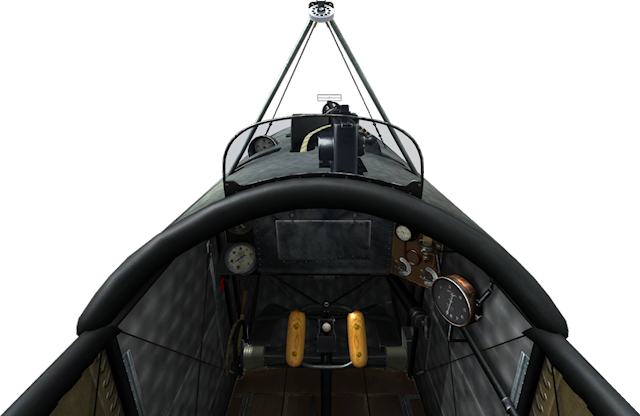 The Fokker E.III Eindecker was a single-seat monoplane fighter. The aircraft was designed by Anthony Fokker at the beginning of 1915. Roll control was implemented by physically deforming the whole surface of the wings ('wing-warping'). This type of control was typical for all early aircraft. Later on, the unreliable and ineffective wing-warping function was replaced by control of the aircraft's roll using ailerons, 'control surfaces'.

The Fokker E.III was equipped with synchroniser gearing, a revolutionary innovation that changed the face of air combat. With synchroniser gear implemented it was now possible to fire a machine gun through a rotating propeller without damaging it, bullets only being fired as the propellor blades passed by the machine gun's muzzle and during the gap left as each blade in turn moved around the spinner. This device drastically improved the performance of the aircraft in its role as a fighter. Synchroniser gear ('interrupter gear') was invented after the capture of Roland Garros’ Morane-Saulnier type L. This aircraft was equipped with metal deflector wedges attached to the propeller blades. This legacy design allowed for firing through the spinning blades, but deflectors greatly impeded the efficiency of the propeller, damaging it in many cases. Anthony Fokker chose an alternative approach to this problem by creating a geared assembly connecting the shaft of the engine to the trigger of the machine gun. Bullets could then only be fired during the time that the propeller blades were not in front of the machine gun’s barrel. Equipped with the new synchroniser gear, German aircraft ruled the sky until the beginning of 1916. This period was known as the 'Fokker Scourge', during which time Allied aviators regarded their poorly armed aircraft as 'Fokker Fodder'.

The 'Fokker Scourge' and the total air domination by the Fokker Е.III ended at the beginning of 1916 with the appearance in service at the front of the DH-2 and the Nieuport 11.

In total, 270 units of Fokker E.III were built. Some aircraft were transferred to other countries, to the Ottoman Empire, Austria-Hungary and Bulgaria.