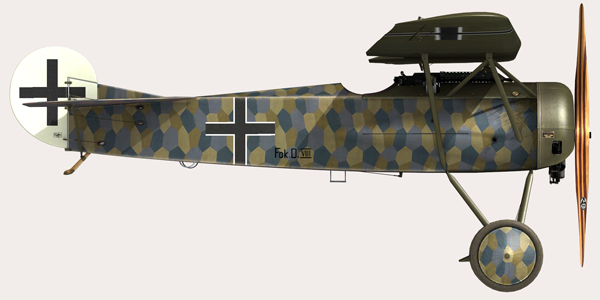 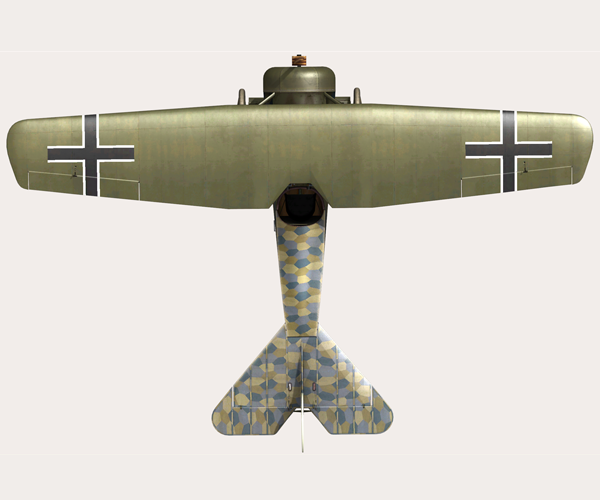 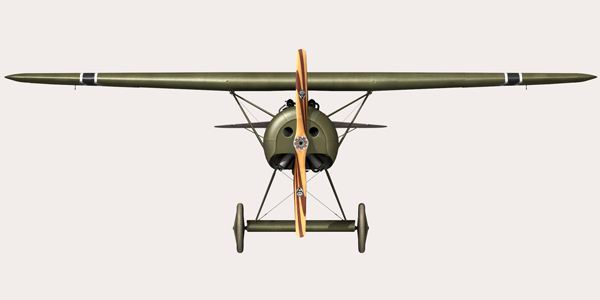 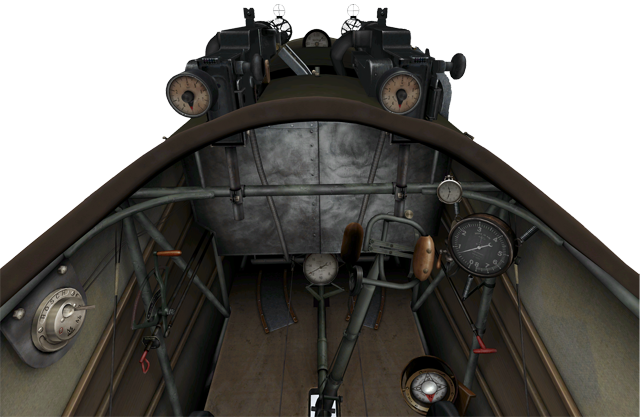 The aircraft was specially designed by the Fokker company for the Second Fighter Competition convened between May 27 and June 21 at Adlershof, the German aircraft test centre. It was mainly based on previous designs by Reinhold Platz and was constructed as a monoplane fighter. Its design was based on a tube-welded fuselage and plywood covered wings throughout their span. The wing had a thick profile and was placed at the pilot's eye-level, which reduced forward-up visibility. During the Second Fighter Competitions the E.V showed good performance and excellent all-round visibility, with a good climb rate and good manoeuverability too, some test pilots even preferring it to the Fokker D.VIIF. There followed an official contract with Oberursel UR II to produce 400 planes for the army.

On 7th August 1918 the aircraft went into frontline service with Jasta 6 and Jasta 19, but unfortunately on the 16th and then again on the 19th the E.V's pilots were killed following fatal wing failures.

All E.V's were temporarily grounded for a crash investigation and the investigation ended in October. Wing failures were found to be due to poor production quality and poor-quality materials used during wing construction. With the aircraft's wings built to the original quality specification and with its new wing having increased strength and quality, it earned its new designation– the Fokker D.VIII. Visually there was no difference between the E.V and the D.VIII, and some earlier produced E.V's remained as D.VIII after the wings were replaced.

Pilots' impressions about the aircraft were: its excellent climb performance, its all-round cockpit view, it was both easy to fly and responsive to the controls. Some pilots preferred it to the Fokker D.VII as it was more manoeuverable.

It had a tendency to drop the right wing on landing and to ground loop in the same direction. Its also got its nickname - "Flying Razor" from its characteristic monoplane construction.

After the Fokker E.V/D.VIII entered service in WWI on the western front, official records show a victory by Emil Rolf on August 17th, while other service details say little more about the aircraft.