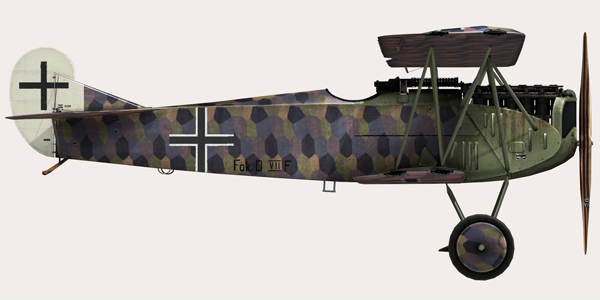 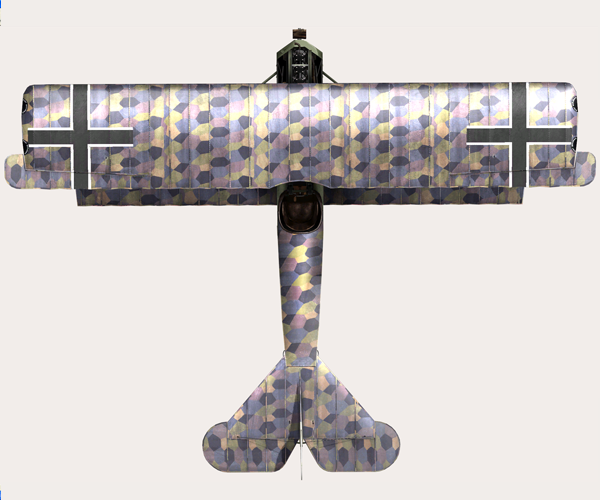 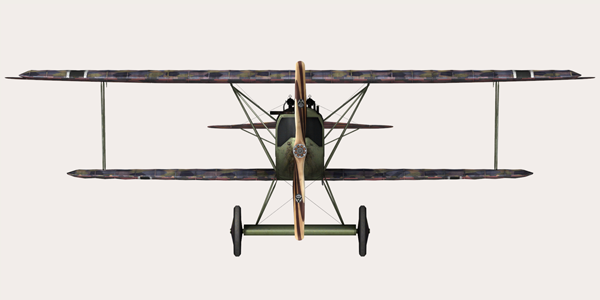 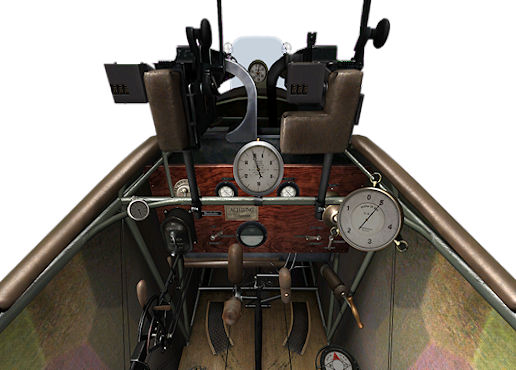 The plane was designed in Anthony Fokker design department. Head designer was given a task to create a fast fighter capable of beating the French Spad-XIII and British S.E.5a. Some notable design features: metal airframe structure, thick-sectioned wing, lack of bracing wires.

From January 21st to February 12th 1918 in Adlershof fighter competitions took place, in the course of which the plane proved being the fastest, most durable and having highest climb rate. Manfred von Richthofen,a close friend of Anthony Fokker, also took its prototype to a trial flight and noted some of its minor flaws, particularly certain instability in long dive, which was later fixed. The success of aircraft design led to it being produced on a number of factories: Fokker Flugzeug-Werke, Albatros Werke, Ostdeutsche Albatros Werke. Fokker D.VII — became on of the best, if not ultimately the best fighter by the end of the war. There were 2029 planes produced and sent to front by the end of 1918.

In April 1918 it reached frontline airfields of Bavarian squadrons. Fokker D.VII was used to escort bombers, engaging enemy fighters and balloons, rarely for strafing enemy supply columns in immediate battle area and recon. During service it became clear that water radiator doesn't cool the engine sufficiently. After modifying radiator facing, engine cowling and increasing airflow through the cylinders this problem was fixed.

Pilots noted good climb speed, excellent cockpit visibility, stability in maneuvers, good handling at low speeds. “The plane is like hanging on its propeller!” — exclaimed pilots in excitement. All this helped carrying out offensive and defensive operations. Until the very end of war German squadrons equipped with this type were the main opponents of allied aviation.

The Fokker D.VII was generally equipped with the Mercedes D.IIIa engine, but a new BMW engine type with the D.VIIF designation was also fitted. This new high compression BMW engine with high altitude control gave the D.VII much better performance. Its climb rate almost doubled over the Mercedes equipped version, and when flown at maximum throttle it was capable of generating almost 250 horsepower at ground level for a short period. Nominally rating at 230 horsepower the new carburettor design very much increased the aircraft's high altitude performance. All these engine features pushed aircraft performance to a new level. But there remained problems of BMW engines supply shortages, and only every third or fourth aircraft had this type of engine installed.

The D.VIIF was mostly supplied to the best and proven frontline squadrons, and now the best German pilots were able to outclass new allied aircraft types in a plane superior to theirs in almost every important parameter.