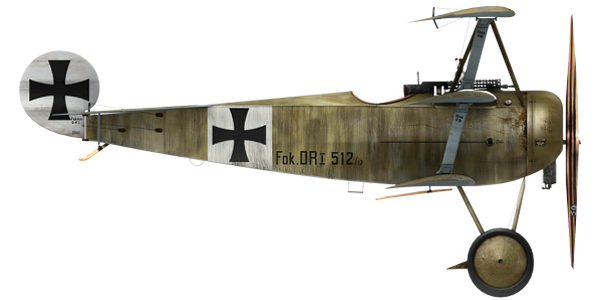 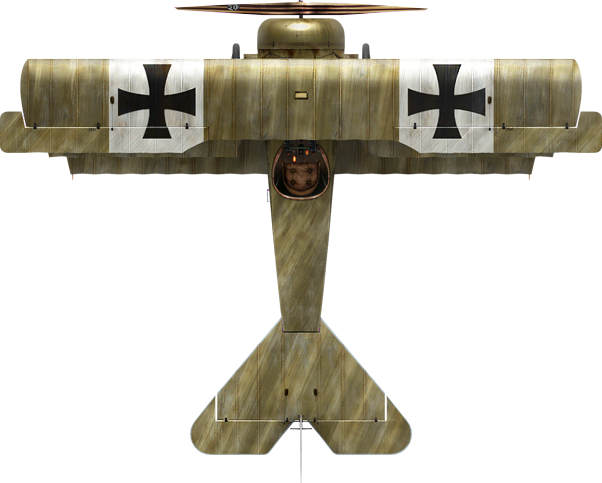 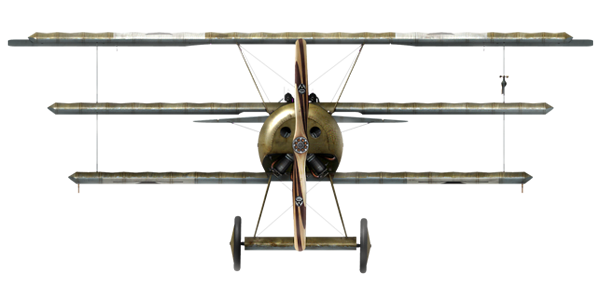 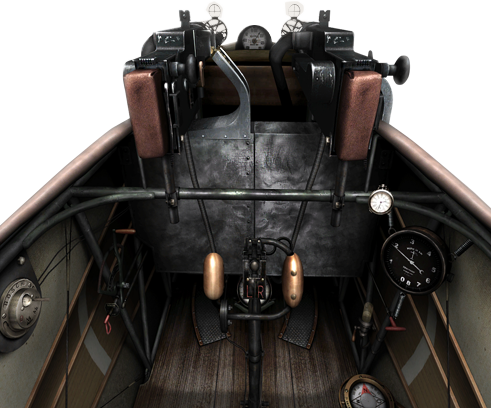 In the spring of 1917 during a visit to Jasta 11, Anthony Fokker inspected the construction of a captured English fighter, the Sopwith Triplane. Manfred von Richthofen reported the details of his dogfight with this new aeroplane to the manufacturer. It was only due to his great experience that the Red Baron managed to avoid defeat.

The prototype of the F.I triplane was made ready by August 1917. Some remarkable details of its construction were: a steel tube fuselage frame, as well as metal frames for the stabiliser and tail fin; an absence of bracing trusses; and for this plane the ailerons were located on the upper wing. The plane was more compact and robust than the British Sopwith Triplane. In total, 320 Dr.I triplanes were built.

On the 23rd of September 1917, Werner Voss shot down two English fighters while piloting an experimental version of the triplane. Soon afterwards he was attacked by six SE5s of the Royal Flying Corps. In that dramatic and historic fight each English plane was damaged, with two of them retiring from the battle. It was only because he was outnumbered that the German Ace unfortunately lost his life.

By October 1917 the first batches of Fokker Dr.I planes were delivered to fighter squadrons.

The Fokker Dr.I triplane was a superb fighter, and was rarely used to cover two-seater recon planes.

Pilots of the triplane reported an excellent climb rate and a good view from the cockpit. “You need only a light touch to swing this plane around!”. Thanks to this feature the triplane pilot can decide whether to escape an attacking enemy or alternatively to engage an enemy plane, he fights on his own terms.

RFC pilots were especially apprehensive of situations where the Fokker Dr.I and the Albatros D.Va were flying together in combat formation. The Fokkers would initiate the dogfight and the Albatros pilots would shoot down enemy planes attempting to disengage and leave the battle.

By the spring of 1918 the plane was obsolete. Only the most outstanding German Aces continued to fly the triplane in combat, masterfully piloting the plane and sharpshooting their enemies.