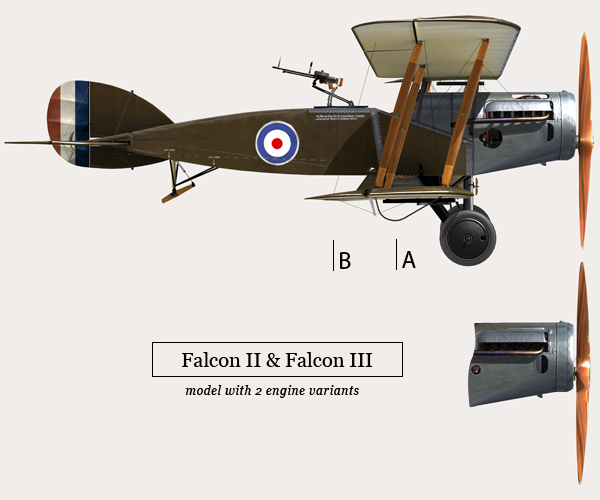 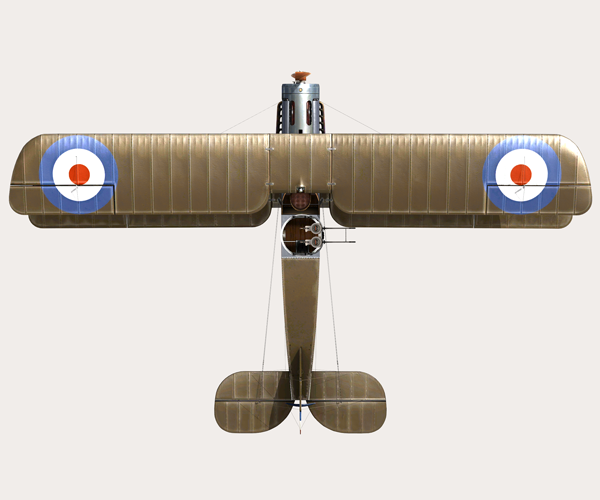 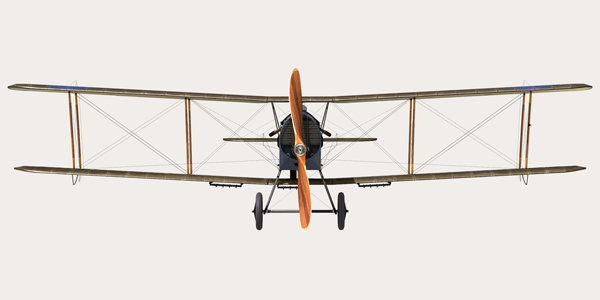 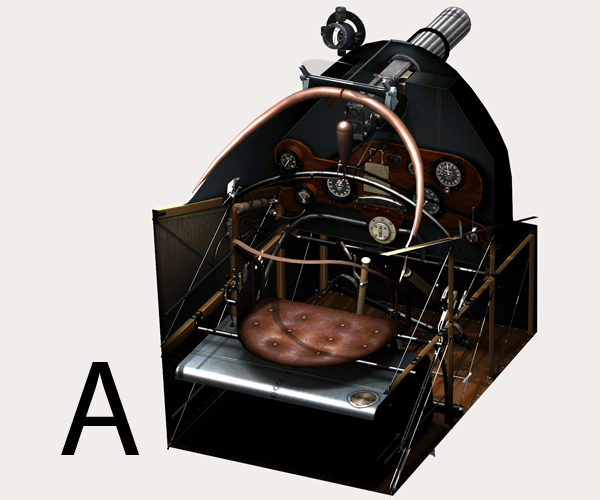 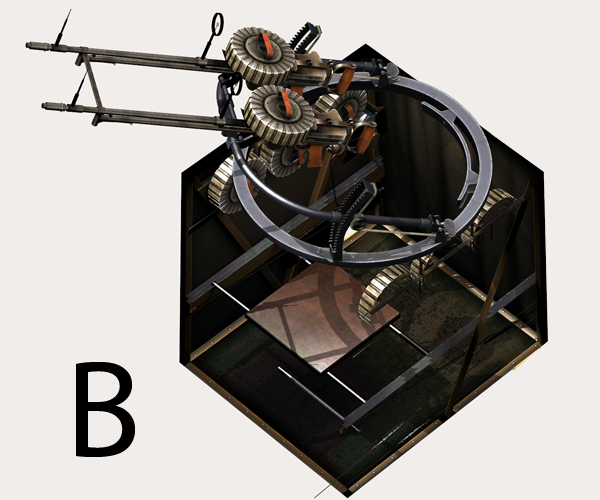 Design started in March of 1916 and it was intended to replace old B.E. two seaters as a reconnaissance aircraft. Additionally, the new type was to be capable of carrying out fighting patrols.

Supplied with dual controls, wireless and camera equipment, it was also armed with a fixed Vickers gun firing thru the cowling and a rear turret with one or two Lewis guns.

After successful trials, the airplane was ordered into production, and the first combat unit to have Bristols in France was No.48 Squadron, which arrived at the front by March 8, 1917.

The first offensive patrol was flown on April 5, 1917, but proved to be a disastrous debut for the Bristol. The patrol consisted of six F.2As and was led by Captain I.V. Leefe-Robinson, V.C. When over Douai, they were attacked by five Albatros D.IIIs led by Manfred von Richthofen, who shot down two of the Bristols for his thirty-fifth and thirty-sixth victories. Two other Bristols, one of them flown by Leefe-Robinson himself, were accounted for by Richthofen's pilots.

This failure happened mostly due to old tactics used by the first Bristol pilots - as they used it to fly in close formation and only with defensive tactics. But later, as pilots gained combat experience, the Bristol proved to be a superior combat machine when used as a fighter plane.

Later on, some changes were made to the Bristol airframe, and it was also supplied with new Falcon II and Falcon III engines, whereupon it was re-designated as the Bristol F.2B and became one of the best, if not the best, two seater fighter of the Great War.

Due to a shortage of the Rolls Royce engines, a wide variety of engines was installed, such as 300hp Hispano, Raf 4a, Sunbeam Arab and Liberty engines.

Fast, with a good climb rate, rugged, and very fast in dives, and flown by aggressive and experienced pilots, Bristols soon became feared by enemy opponents. Usually, German pilots chose to evade Bristols if the Germans did not have superior numbers.

The most successful Bristol ace who flew F.2B`s as a pilot, Andrew Edward McKeever from No.11 squadron, scored an impressive 31 kills flying Bristols. However, his record was overshadowed by that of the highest scoring observer ace of the war, Charles George Gass, who scored 39 (!!!) kills while flying as a Bristol gunner!

While excelling as a fighter, the Bristol was also capable of being a good ground attack airplane. It could carry up to 450 lbs of bombs on external racks. Some of the Bristols were also equipped with a Negative Lens bombsight.

Being a very successful airplane, Bristol Fighters were used by RAF squadrons until the 1920`s.