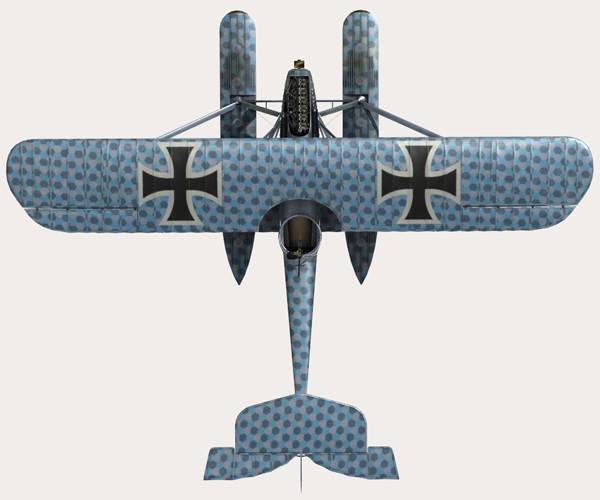 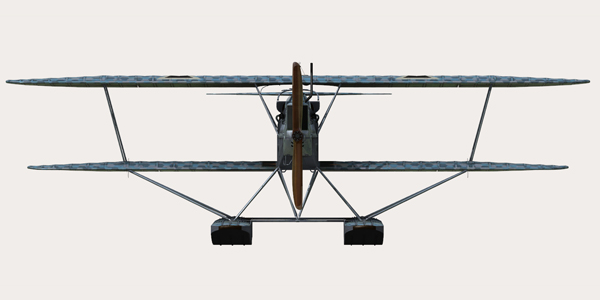 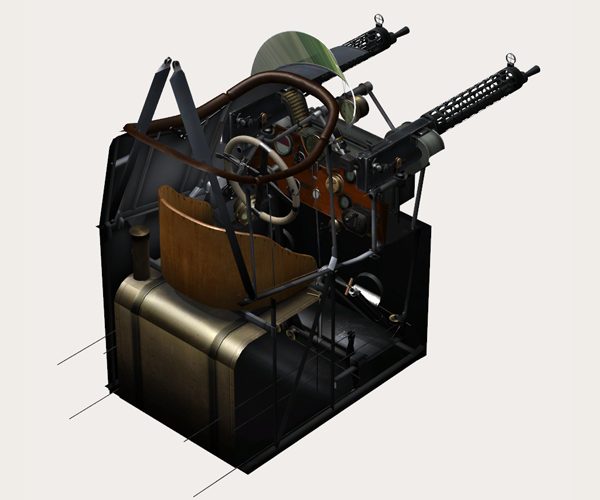 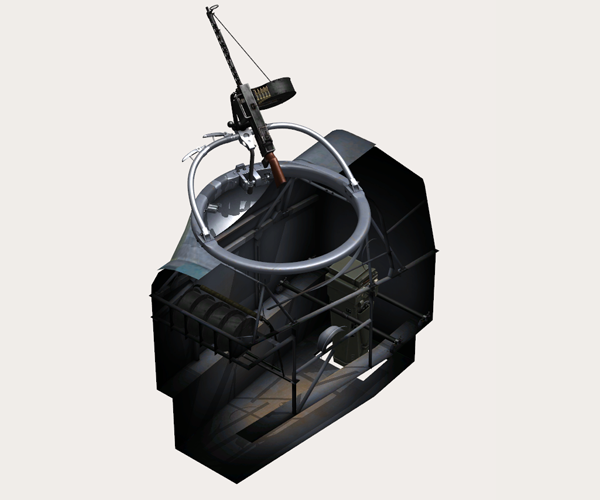 The Brandenburg W.12 was designed in response to a request for a seaplane with defensive armament installed, as existing single-seat fighters, such as the Albatros W.4 and others, were defenceless against attacks from behind. A specially constructed fuselage with inverted-style fin and rudder gave an excellent field of fire for the rear turret, as well as good weight and size design to good speed and manoeuvrability..

The first prototype flew on January 1917 at Warnemünde. Its designer - Ernst Heinkel - later became a widely-known constructor for his own factory's production; although he mainly became famous for WWII warplane design. The basic W.12 model was fitted with a Mercedes D.III engine with leading-edge radiator, or a Benz Bz.III with car-type radiator at the extreme nose. Armament consisted of two fixed forward-firing 7.92mm MG's, and one 7.92 Parabellum on the ring mount at the rear position behind pilot.

The first machines entered frontline service in numbers during September of 1917. Its first operational success - on December 11 1917 - was in the shooting down of the British coastal airship C.27 by three W.12's, lead by Oblt d.R.Friedrich Christiansen, and for which he was awarded the Pour le Mérite. The W.12 was mostly used for sea patrols - hunting submarines, convoys and enemy seaplanes.