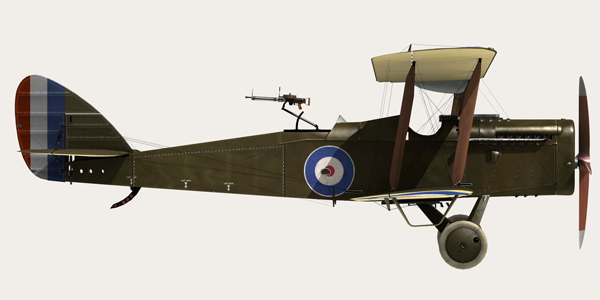 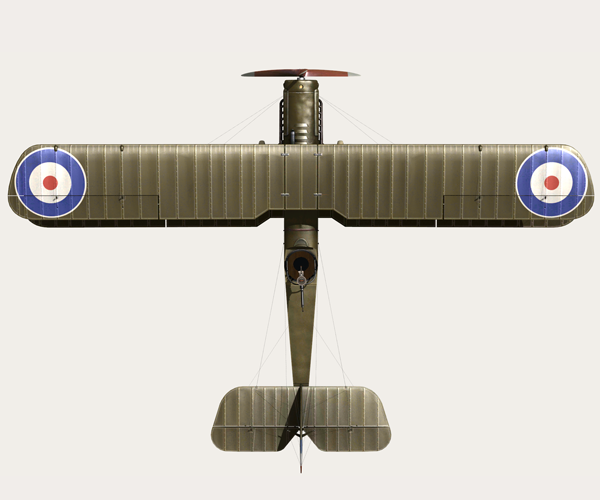 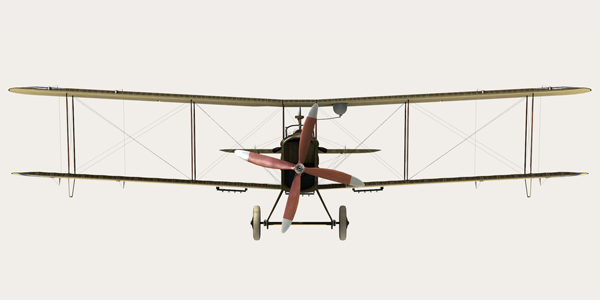 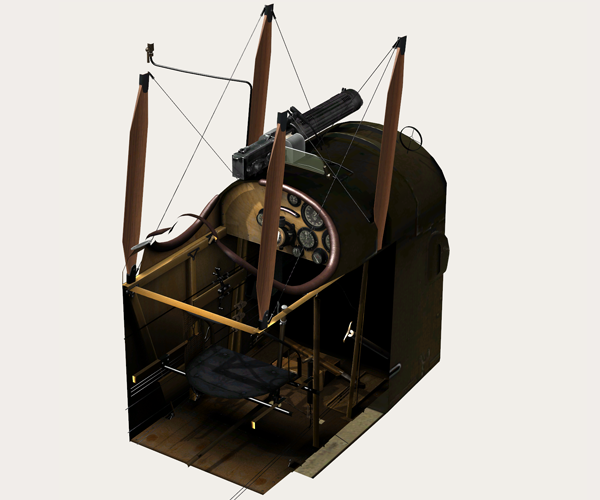 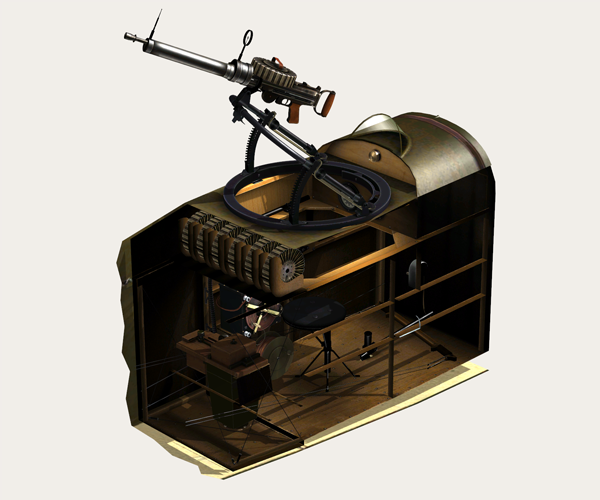 Designed by Geoffrey de Havilland as to be two seat light bomber powered by BHP engine. First prototype flew in august 1916, but as BHP engine proved to be weak and yet to be required major redesign, DH.4 was adopted to be equipped by Rolld Royce Eagle engine. First order for 50 planes powered by Eagle III engine (250hp) placed at the end of the 1916. Basicly been a allo-wooden construction tractor biplane, the only "flaw" noted by its crews was fuel tank placed between pilot and observer cockpits what caused communication problems between the two crew members.

Airplane armament consisted by one forward-firing Vickers synchronised machine gun and one or two Lewis gun on the Scarff ring mount on the observer position. It could carry up to 460 pounds of bombs on external racks on wings or central position. Due to shortages of Rolls Royce engines production airplane where also fitted with BHP (230hp), RAF3A (200hp), the Siddeley Puma (230hp) and the 260hp Fiat, yet none of the alternative powered DH.4`s could not match Rolls Royce powered machines.

First DH.4 in frontline service where supplied to No.55 squadron on march 1917, it had to be first RFC squadron fully equipped with this type. Till the end of 1917 total of 6 squadrons was equipped by DH.4`s. It also where used by RNAS squadrons for naval operations for recon and anti-submarine use. Used to be pleasant to fly and easy to operate, its crews loved it cause of its speed and maneuverability. Due to its abilities its oftenly used without fighter cover as its speed and good altitude performance allowed so. Moslty used as light day-bomber its also could carry radio equipment for artillery observation duties, and photo recon aperture for photo reconnaicance missions. Production was by Airco, F.W. Berwick and Co, Glendower Aircraft Company, Palladium Autocars, Vulcan Motor and Engineering, and the Westland Aircraft Works in the UK. A total of 1,449 aircraft where bild in the UK for the RFC and RNAS till the end of the war.