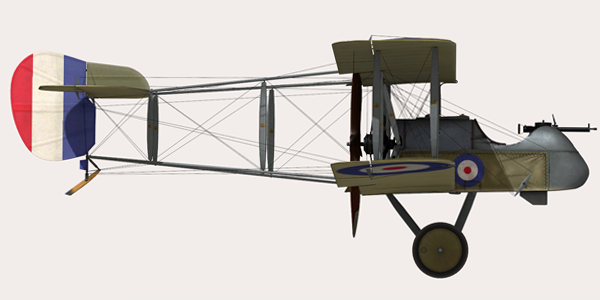 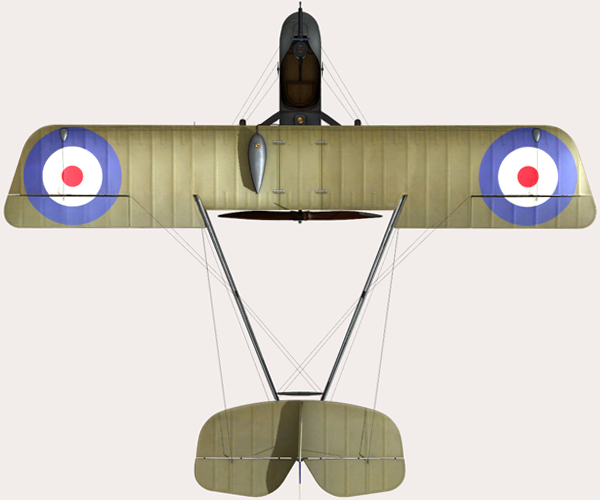 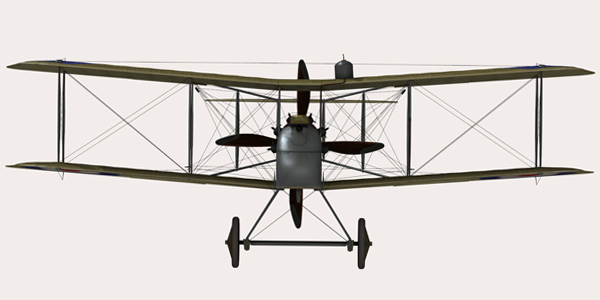 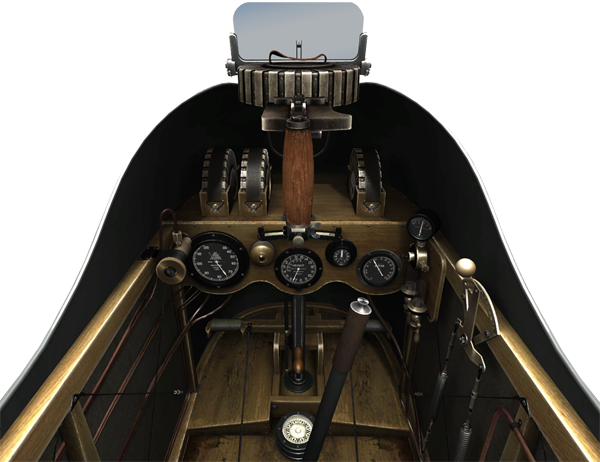 The Airco D.H.2 was a single-seat fighter and the second project of designer Sir Geoffrey de Havilland, leveraging development of the 'pusher' propeller concept, where the propellor is situated behind the pilot. This design allowed for building the aircraft without the need to synchronise the machine gun, which was implemented only at the end of 1916. The prototype of the D.H.2 made its first flight in July 1915. It entered service shortly afterwards and was delivered to the Royal Flying Corps, 24 Squadron. In February 1916 it began active service on French territory.

The Lewis machine gun was mounted in a nacelle and was difficult to implement to begin with. The movable gun mount forced the pilot not only to control the aircraft but also to aim the machine gun, which made combat even more difficult. Later on, pilots began to lock the gun down in a fixed position pointing forward. They managed to aim the weapon with the whole aircraft, and this was found to be more effective than attempting to move the machine gun around during engagements.

The D.H.2 was often criticised for the complex procedures needed to master the technique of piloting and for the sharp reactions pilots needed for the controls. But all of this made the D.H.2 an outstanding fighter for experienced pilots. With the production of the D.H.2 the RFC gained air superiority over the formerly-feared but now rapidly outdating Fokker monoplanes, especially during the first battle on the Somme. The allied air forces' domination lasted until the autumn of 1916, and this dominance was only ended with the introduction of the German Albatros D.I/D.II fighters.