60 replies to this topic

Greetings gentlemen, this Sunday the temperature is heating up and so is the battle in the skies over Montdidier just south of the Somme River.  Join us for an epic battle for air supremacy set almost exactly 101 years ago.

Historical background:  Just prior to this time the Germans had finished up Operation Michael which saw them capture up to 40mi of territory, but fell short of their strategic objectives.  This was the start of the Somme Summer Offensive of 1918 which saw various battles up and down the front from Aug. to Sept.

Location:  Front lines between Montdidier and Roye, south of the Somme.

Mission objectives:  Each side will have 6 primary targets to destroy, indicated by a flag on the map. Before a target becomes active, it has to be reconnoitered by making 10 photographs. The flag will then turn red. When a primary target has been destroyed, the flag will be removed from the map.

Secondary targets are any vehicle, trains or tanks and balloons in enemy territory.  When 2 (more) enemy targets are destroyed, new airfields will be activated with different plane types.

-For photo recon missions only the designated planes "Recon" can trigger the photo sequence!

-Photo recons need to land safely at an active base to complete their mission!

Longdong will be there after he gets back from a stint at the nude beach. Hopefully he won't have too much of a sunburn.

Longdong will be there after he gets back from a stint at the nude beach. Hopefully he won't have too much of a sunburn.

lol! Decent turn out yesterday, around 20 for a couple of hours and few decent scraps.  Thanks all for flying S!

Was fun, starting to peel now. Looking forward to Thurs.

Gentlemen, this week will see us over Verdun Sector, in late September of 1918.

Entente: To support the Army offensive, recon aircraft have to photograph the rear trenches of the enemy as well as possible strategic targets.

After all the photo recon sorties have been completed, bombers will be made ready for a specific target.  Please note that all recons can complete any of the recce objectives.

Historical Background: The Meuse-Argonne Offensive, also called the Battle of the Argonne Forest, was a part of the final Allied offensive of World War I that stretched along the entire western front.  Both sides were using advanced airfields during the day to support the ground forces and to take out enemy balloons.

Greetings gentlemen, this Sunday's Vintage Mission will feature an early war map that has only been run twice before and has been modified a bit from the original version.

Here is the situation: It is a desperate mission in the Sissonne sector that puts the Entente scouts having to destroy trucks and trains just behind the enemy lines as it appears a counter attack is massing after a failed Entente offensive and limited ground attack 2 seaters are available.

Two points to pay attention to.

1. "Laser flak" has at long last been eliminated on both sides and over the mud.  The machine guns are still there and are a threat, but it isn't suicide to attempt a low level attack.

2.  Most airframes are limited on both sides and aircraft replace individually every 5min, however if you run completely out of a type of airframe, it is 30min before they will be replaced.  So, use the aircraft wisely and try to return them to the aerodromes when possible.

Entente is furnished with unlimited DH2's and Central has unlimited EIII's.

Intel report: Recent Intelligence reports indicate that the Germans might prepare a counter attack after our failed offensive. A lot of troop movements have been spotted just behind their lines.  French escadrilles stationed at Bonnemaison Ferme are operating from forward airfields at Vauxcere and Maizy, supported by a small contingent of RFC and AFC Squadrons. In a desperate attempt to prevent an immediate counter attack, the scouts are ordered to strafe the enemy transports.

**Note: Limited Entente reconnaissance two seaters have been pressed into service as bombers, however reinforcements are not available and Entente two-seater airframes will not replace if lost!**

German HQ is anxious to know what the state is of the French defences therefore a photo recon missions have been requested. If the recons are successful, German bombers are to attack targets behind the French lines.

Entente forces will attack enemy transports; vehicles and trains. Central Forces will have to defend the transports and recon the enemy lines.  How to complete a recon sortie: Take the special recon plane (Recon Plane 1,2,3,4) and fly to one of the endpoints of the recon area at the designated height (see map). Follow subtitles. You must land at an active airfield.

Weather report:  We will attempt to match real world weather conditions at the time of the mission.

Greetings gentlemen!   This Sunday's VM will feature something a little different.  As some of you know, I live in South Florida, US and we currently are under threat of Hurricane Dorian.  So in honor of this event, we'll be running a "Hurricane Party" style mission.  Intense aerial combat with weather extremes!

Thunderstorms, heavy rain, low clouds, high winds and turbulence, and perhaps even a mountain or two for good measure

Come test your heavy weather piloting and combat skills with us and earn your Hurricane Hunters ribbon! 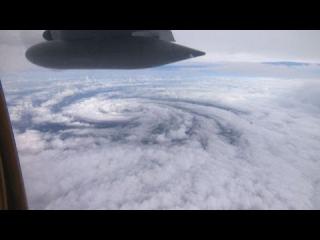 Maaaaaaaan, I'm probably going to miss this because for some reason unknown to me, my wife and kids want me to be a part of their life today, making stupid fun memories or what not.

Have fun trying to take off from the northern central field.

I told my wife to go shopping at the mall. You should try that.

Dorian seems to be getting bigger. We didn't get hurricanes in Portugal, but last year Leslie came straight at us from the Azores. As time went by it was coming in a perfect straight line to the SE with the eye passing at roughly 3km from my condo. When it was maybe 2h from crashing here it turned suddenly and unexpectedly to NE, went along the coast and made its entry some 150 km to the North, causing some damage, mostly in roofs and the like, lifting heavy objects, etc. Along the highways, many, many rows of big pine trees fell. Had never seen such a thing.

It's about 100miles away from the house now, starting to get breezy and definitely tropical outside.  Forecast to take it up the coast and eventually out to sea hopefully.  I was busy helping my parents secure their house yesterday so didn't get to fly.  Maybe we'll run it again sometime, still plenty of hurricane season left

It turns out that the 'Voss Turn' is, in fact, possible...it just takes an 8mph crosswind to do it

Greetings all!  Just wanted to update all on the status of the Vintage Mission Sunday server.  With the initial success and building momentum of Flying Circus Vol.I, the original Cuban/J2SteveF Syndicate Server along with our stats page was decommissioned.

I have reinstated it temporarily on a US based server and have plans to keep running it (minus a stats page) until we at least get an Arras map for Flying Circus.  We will mainly focus on early war maps that give us a plane set different than we currently have in Flying Circus.

This is to provide a broader experience for the sim community and to minimize overlap.  Of course we'll still run the occasional Channel Map, as this is exclusive ROF content as well

I hope to run all the favorite maps at least one more time before we consider shutting her down, but of course it all depends on numbers.

I have personally only flown one multiplayer session in the new FC during Jasta 5's great Black Sept. campaign and I must say it was impressive.  I'm very optimistic that once we have a map and perhaps a few more aircraft, this sim genre will experience a rebirth and generate great multiplayer action in the virtual skies once again! I really think great things are just on the horizon for our small community.

Of course at some point, old must give way to new and we'll retire the VM Sunday Missions, perhaps with a grand finale Eagle of Lille Tournament event, courtesy of Jasta99.

Until then gentlemen we will continue our great Sunday afternoon/evening tradition of great fights, narrow escapes and a little friendly competition, as always.  Thanks to all who have flown and continue to fly on these epic maps, provided so generously by the original Syndicate Squadron of ROF.

J2 SteveF and myself have been pleasantly surprised at the participation and kind words over the last two years and have been honored to host for you all.  Hope to see you all in the air soon, Salute!

LMAO! That's big of you.  Sounds like a used car salesman pitch. Rumor has it that they do fly N17s occasionally.

Cuban, on a  more serious note thanks for all your time and effort. I have looked forward to Sunday afternoons and Thursday nights the past 2 years.

We love flying 17s on sundays or any other day of the week besides our Thursday night fly in. That where we try to keep it super serial and do our "work"

You guys got the one-oh-turd all wrong.

Love those Syndicate maps and really appreciate the effort you and Steve have made to keep them available.

Not sure if I'll be there tomorrow. I could die.

Not sure if I'll be there tomorrow. I could die.

Lol as could we all Bidu.  Hope that doesn't happen my friend S!