The 103rd ranks continue to swell...excellent!

You guys'll probably have enough for a 4-ship SPAD flight + bombers/recons now!

...no longer will JG1 hold a monopoly on massed-plane formations.

Great to hear Matt. I'm at work now, but I'll be on this evening (7 or 8pm EST) if you can get on TS we can get everything set up! We are planning on doing a little training tonight so it would be perfect if you could make it. I'll go look at your application.

guess your gonna need a target for tonight.

Great to see the 103rd is running strong and breathing some life back into the Entente forces of ROF, looking forward to Thursday night! S!

I'll try to be there thursday. I got distracted with the release of racing game forza 7 on the xbox

Look forward to flying with you, MattDizzie...

I will be around and online early this evening if you can get on TS we can chat. I hope you can fly with us tonight. I need you to submit an application in the website still.

I submitted one already.  PM me teamspeak info.

Yeah, I got you confused with the other recruit dixieflyer. The ts info in on the site from page. Click the server on the TS box to join.

Here is the latest Twitch stream from tonight's action!
https://www.twitch.tv/videos/180023872

As usual, I had a great time. Good fights guys!

I have some good news and bad news: the bad news is I won't be able to attend the next 2 or so Thursday night fly-ins. Why? The good news: my family is on vacation to the Smokey Mountains! I'll enjoy my time there, but I will eagerly await returning to the virtual skies of ROF.

I'll still be able to participate in the last Black September event before I go though.

Also, I've mentioned before that I'm making a video for ROF. I've decided to expand it to celebrate the community in general - not just the pilots who can fly during our North American Thursday night fights. So, if you have any cool flight tracks from this year's Black September, Bloody April, or Flanders in Flames, feel free to PM me the track files and I'll see if I can get them included in the video! Just keep it circa 2017 please.

Fun stuff S! to our Jasta and JG foes!

Last night was a tough one for us bomber pilots.

It took me four runs to destroy one factory in enemy territory but UI eventually did it.

My last run will go down in history as one of the most courageous bombing runs in Rise of Flight.

Finally taking off in a newly allocated DH4, my favorite light bomber, Otto and I took on a long distance mission to a factory deep in enemy territory just west of Lille.  We nearly made it all the way without incident while my flight mates were getting shot down repeatedly by our German opponents.  Forging on to the target as our German opponents were too busy trying to rack up their kill-streaks over the front- lines we finally approached our target after flying for a long time, Otto suddenly opened up with his guns on an attacking Hun.

Taking evasive action but keeping my eye on the target, Otto kept firing continuously while tracers zipped past us, our plane taking random hits, eventually wobbled enough to feel as if I was going to lose control of the plane.  But Otto kept firing now against two enemy aircraft both trying to down this valiant crew as we inched closer to our target.

Suddenly my rear guns went silent.  Otto was unfortunately killed by the onslaught of enemy bullets and my plane was now in tatters but still flying.

Right over the target and knowing my plane was not going to last much longer with bullets still raking my craft, I turned my plane into a steep dive at the factory.  Down I went my wings vibrating with the increasing stresses of the bullet-ridden wings.  I new I had only one run in this attack.

The factory grew larger as my plane dove closer.  Finally, just as my aircraft's nose came to the edge of the factory campus, I pulled the plug on all 12 bombs releasing them as fast as I could.

With the exception of a single building that was outside the arc of my attack, all of my bombs hit their targets perfectly.  The entire infrastructure exploded into flames leaving fires burning profusely around the entire campus.

I struggled to right my plane as I brought it out of the dive but the two Huns were still on my tail.  Bullets were still flaming past me when my wings finally buckled and my entire plane imploded in mid-air.

Twisting into a deadly spiral, my DH4 and I smashed into the ground into an explosion of flames and splintered wood.

I died in a torrent of fire...  And neither Hunter, my group leader, nor Hotlead, our celebrity opponent, were there to film this selfless act courage as Otto and I died trying to save the world for democracy...

A memorial service will be held at the Palace of Versailles on 10/7/2017 to posthumously present the Croix de Guerre to this brave bomber crew.

A fine and heroic run it was Sir! I was actually your first opponent who killed your gunner, so I was able to record your heroic last stand.

I saw that fight Cannon but it was dying down as I was still some distance off. I came in for a closer look and of course as I was scanning below, someone jumped me on my six. I barrel-rolled out but was wounded and oiled on that first pass. I scissored for my life all while keeping the aerodrome in site which I was determined to land at before my attacker could down me. Even as my wheels were touching the ground I did a quick waggle to avoid the bullets and somehow miraculously landed perfectly while being strafed. I don't know who jumped me but I'm curious and I salute you.

But that's what it's all about isn't it? Dogged determination and fearlessness. That's what gets the job done.

You guys are too much...

I'm getting approval from HQ to give Otto a posthumous Croix de Guerre for that mission....

Another fine Thursday night get together gentlemen!  Feels good to have some teamwork on the Entente side again to counter the bloody Jastas

Have fun in those Smokeys Hotlead, I go every summer with the family, good stuff! Salute all.

The Thursday evening duel between the US 103rd and JG1 is on again this evening on the Wargrounds server beginning between 8:00pm and 8:30pm EST for the US 103rd and around 8:30pm to 9:00pm for the JG1 flyers since they have more west-coast based people than the 103rd.

Since HotLead will not be able to attend this evening as well as next Thursday evening, we require a JG1 Celebrity Sim-Pilot to stand in for this swashbuckling flyer of the skies to lead his forces to certain defeat against the 103rd and the mercenaries that join us...

I was going to post something, but I'm not sure I can top that one Cannon.

The Thursday evening duel between the US 103rd and JG1 is on again this evening on the Wargrounds server beginning between 8:00pm and 8:30pm EST for the US 103rd and around 8:30pm to 9:00pm for the JG1 flyers since they have more west-coast based people than the 103rd.

Since HotLead will not be able to attend this evening as well as next Thursday evening, we require a JG1 Celebrity Sim-Pilot to stand in for this swashbuckling flyer of the skies to lead his forces to certain defeat against the 103rd and the mercenaries that join us...

LOL!!! So I'm a swashbuckling celebrity now. [Pirate mode engaged] Arghh! To all me hearty fliers in JG1: Don't let those lubbers walk all over ye in me absence! Give em what for! So says I, and ye can trust what I say, on account of me being a celebrity. Arghh!!!

[Pirate mode disengaged for fear of the user's sanity]

Seriously, thanks for the kind words, Canon.

Would be nice to get some west coast people in the squad so I have someone to fly with.

Which is why I don't want to fly alone

Hunter has been trying to recruit Adam into the 103rd for ages...

Hunter has been trying to recruit Adam into the 103rd for ages...

What rumor is this? Adam loves his black crosses far too much to defect to the Entente!

Adam, have you been flying again? Should I look out for J2_Ringo?

US103_Waddell's application has been accepted for service in the 103rd Aero Squadron USAS! He is new to RoF but not new to flight sims.

Waddell chose his name to Honor 1st Lt Joseph Waddell who joined the 103rd very late in the war on September 15th 1918. He was assigned to white cowled Second Flight and he among other pilots, flew SPAD XIII's number 3, 4 and 11. On October 10th he shared in a victory of a two seater Hannover bi-plane and on October 12th he was credited with downing a Fokker DVII. These were his two victory credits in he Great War. He Survived the war.

Welcome US103_Waddell! See you over the front!

Welcome US103_Waddell! See you over the front!

Thank you Gentlemen! I look forward to flying with you. I just saw your posts and I apologize for not responding sooner. S! 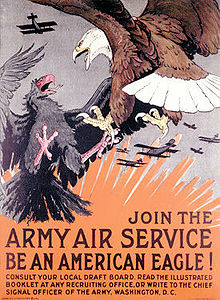 We had a great time on our training server last night. We practiced high angle of attack passes for one pass kills in the SPAD. We also loaded up the bombers with multiple crew members and had big bomber dogfight.

We are still looking for pilots interested in joining the US war effort!

General Orders No 6 has been issued for January by 103rd Aero Squadron HQ. Congratulations Airmen of the USAS on your promotions and awards! Well done in particular to Lt Furlow on his 29 kill streak on wargrounds.

The following airmen have been promoted.

The following airmen have earned their one year service stripe

The following Airmen are moved to Inactive Reserve list.

Congratulations, lads! And well done on that kill streak...as a member of a Central squadron I tend to get a bit jumpy when Furlow's around...

Congratulations to the 103rd lads and especially to your ace Furlow. You are making the skies a bit more interesting when you are around.

Congratulations to the 103rd lads and especially to your ace Furlow. You are making the skies a bit more interesting when you are around.

Certainly is. Well deserved recognition and Congrats to all

Big Kudos to you US103 !  Great talking with some of you Thursday.