Need Help with Marking for the following Squadrons!


38 replies to this topic

Need some more urgent help. If anyone can post some info on proper Squadron markings for the following units I would appreciate it. If no proper unit markings/colors available, maybe there is a famous skin or common paint scheme other than unique markings each squadron wore. For example: certain Roland C.IIa squads wore grey and other wore camo. I just need some kind of inspiration to design squad emblems for each squad that is somewhat unique if possible. I don't have time to do all this research myself in the time frame I have left so I am asking for assistance once again. You can also go through our skin packs to find examples in our skins if that leads to some info.

Just post here in this thread if you have anything useful for me. I'd hate to use a kind of generic squad emblem for all these units.


All Done! Thanks everyone for your help! Much of it was useful! You'll see the new squad emblems in the game with the next update. And don't worry, if some are really inaccurate we can fix it later. It's not hard.

Examples at top of page, photos and paint schemes below

Jasta 30 had a large orange diamond insignia, they also were one of the few squadrons to shift entirely to the Pfalz D.III after the Albatros

The skins are in-game, like this one, minus the white tail, also a few aces. Plus their is Fokker skins also available.

The Insignia for the 213 Aero Squadron was an Indian Head (sort of like the Florida State Seminoles). Here are some images from of my digging. They are of a guys foot locker but it says 213th Aero on it. I confirmed this information from the Aerodrome website as well.

As for the 148th Aero Squadron, I am only finding that it was a white triangle painted on the side of the Aircraft. The Aerodrome had this information but I couldn't find anything else to verify it.

Later (on page 329), the 148th adopted the Liberty Head insignia (this is the one that shows on the Wikipedia page too). 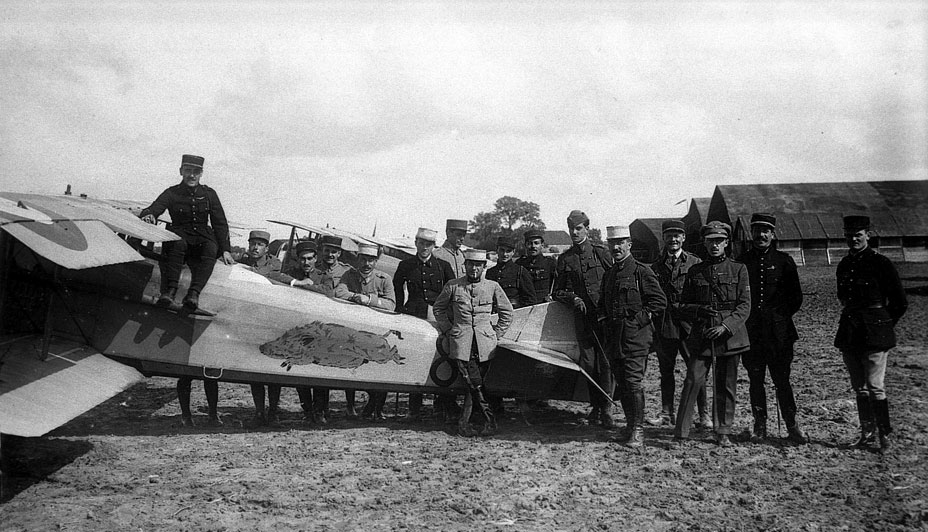 After the death of Jean Chaput (6/05/18), the insignia became a "Mouette Volante" 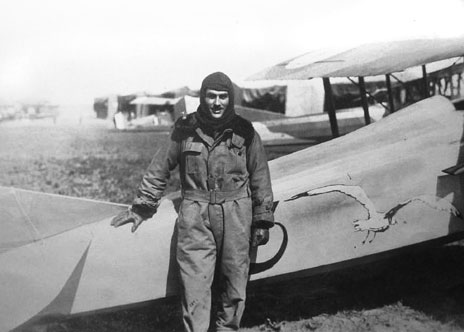 Following up on AzraelMalik, here is a drawing of the 213 aero:

Only one marking was used on the Nieuport 17 of the Escadrille: 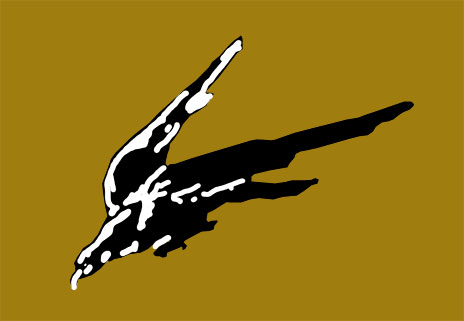 France Escadrille 57
Two different markings were used during WW1. First one was an attacking boar, then after 6 May 1918 (death of squadron commander and ace Jean Chaput), his own personal insgnia was used as the unit's marking. 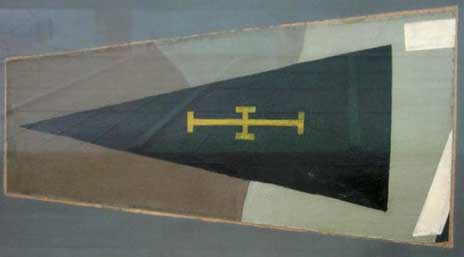 The unit marking was a set of yellow-black-yellow stripes. I've yet to found a photo of a plane of the unit.

Oh, and it seems German Jastas 98 and 99 never existed.

I believe this is the emblem for escadrille 75 "Charognard" See here for source of all emblems http://albindenis.free.fr/Site_escadrille/page_escadrilles_1_a_500.htm Oh, we do exist

…but Jasta 99 was afaik not a real Jagdstaffel. Thats why we have chosen the name. Jasta 99 is also not listed on this wiki page http://en.wikipedia....rmy_Air_Service" onclick="window.open(this.href);return false;">http://en.wikipedia....wiki/Category:J … ir_Service. There was a Flieger Abteilung Artillerie 99 FA(A) 99 but no Jasta 99.

I have more of 213 somewhere here. There are 2 variations of the Banshee head for the 213. One is very similar to the 93rds. The other is looking up slightly. Neither has the blue moon behind them like the 93rd does.

The unit seems to have no special markings, but all Fokker Eindeckker of the unit had the letters LF which, for naval units, identified a "Landflugzeug", ie "land plane" by opposition with "seaplane". This could serve as a special marking.

I've found this profile of a Rumpler plane, I don't know if it was the unit marking or a personnal one. The unit had Fokker DVII. Sachsenberg, commander of the Marine Jadggeschwader, had this order about the markings of the five differents Marine Jastas:

So the markings of MFJ IV seemed to have been yellow nose, wheels, tails surfaces with the special black bands on the elevators, plus one light green fuselage band (vehind the cockpit) with small yellow borders. I've yet to find a picture of one of the unit's aircraft.

Also, for the different markings of the Schustas units, a lot of default skins of the Halberstadt CL II made by Panthercules and present in the historical skinspacks contains the different units markings.

And, don't take offence, but it would have been a lot easier to ask these kind of questions sooner, it will have facilitated researches!

Also, for the different markings of the Schustas units, a lot of default skins of the Halberstadt CL II made by Panthercules and present in the historical skinspacks contains the different units markings.

And, don't take offence, but it would have been a lot easier to ask these kind of questions sooner, it will have facilitated researches!

Yes I know this, but I need you guys to guide me to the exact skins to save time. We have a million skins and a million skin packs. I have little time. This fell into my lap at the last minute unfortunately. I've done over 200 new squad markings for the game in 3 days. I'm down to the last few dozen.

213th A.E.F Banshee. Still no Blue moon behind it.

Now I need to know about the 17th Aero emblem. I forgot to add that one to my list above.

I know it was a bird of prey with talons out, but no detail. Anyone know of any other image?

Edit: Aerodrome says the insignia was the Great Snow Owl! Any images that can pass for that insignia?

I also know they flew Camels.

Where is that picture of the fuselage on the net? If it any bigger anywhere?

Edit: Nope that's about it, but it can server as a source to be re-created.

spa57 plates and 17th camels and spad. The snow owl was put into use when the 17th was re equipped with the spad 13's

SPA80 and SPA86 BTW confirming these plates against b/w photos. That is what is taking so long.

Jason - I've compiled all the info I could find from my resources at hand about the edited list in your first post, in the Word document here:

Sorry I don't have any reference materials with much info about the FA/FA(A) units.

Thanks Panther. It helped me.

France is done.
USA is done.
Belgium is done.
Great Britain is done

Just have Germany left. See above. Some of these are real tough. Not much to go on. 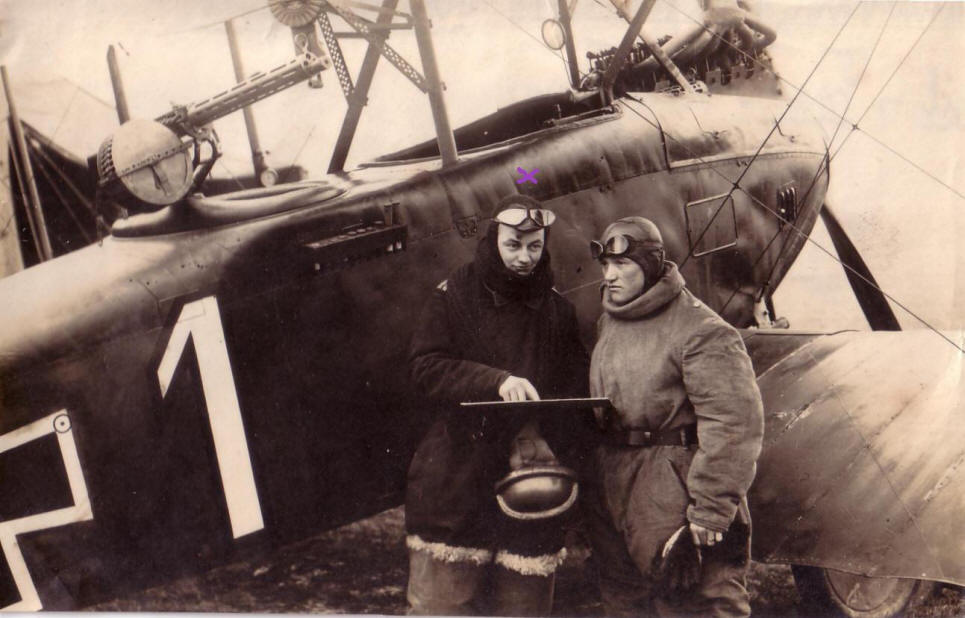 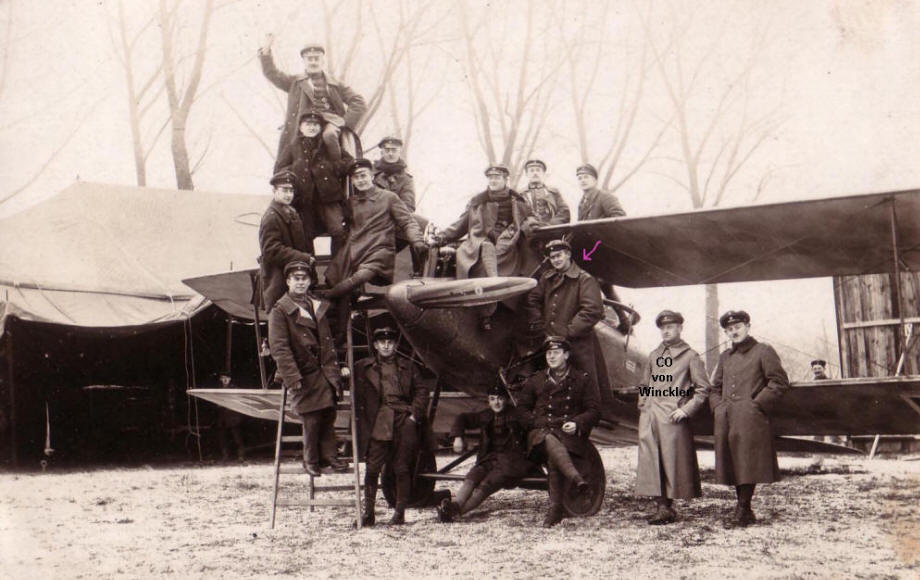 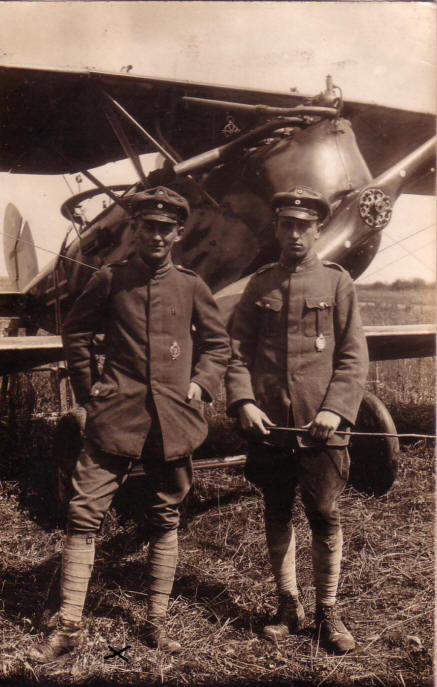 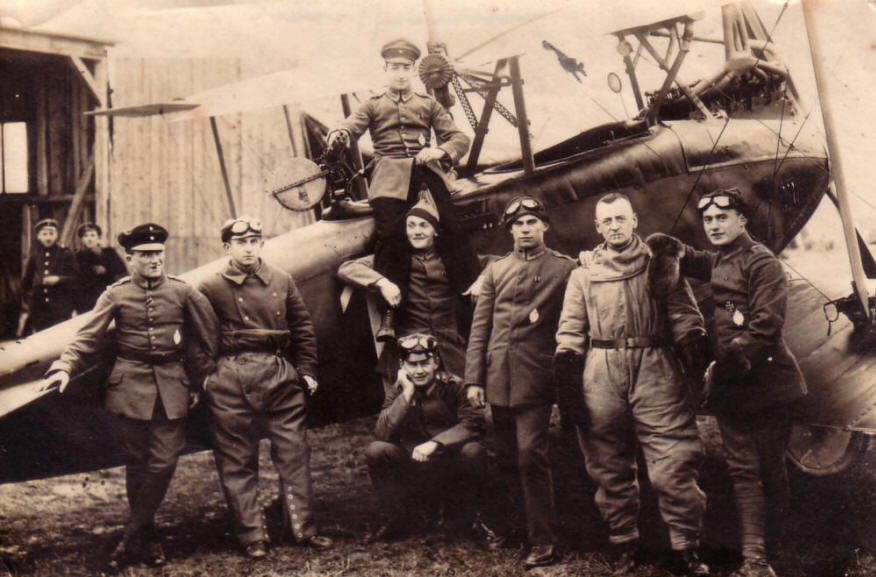 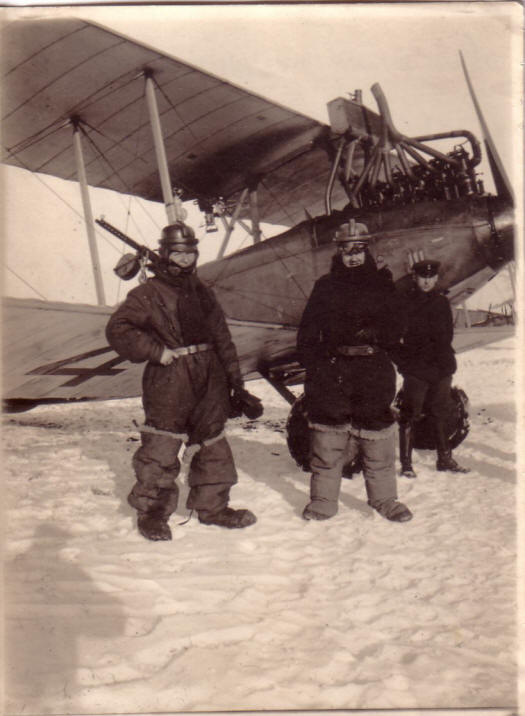 Gunsmith beat me to it, but buddecke has a nice site for photos like that.

According to Schlachtflieger! (ISBN 0-7643-2441-1) the markings of both Schusta 1 and Schusta 4 are unknown as there are no known photographs.

All done guys. Some squad emblems will be fictional because no data exists, but they will look plausible.

I'm gonna lock this thread now so no one wastes their time on this. I'm moving on to other projects now.

Update coming in the near future.