25 replies to this topic

During the war many two-seaters were flown without defensive weapons. After the war, most aircraft had their guns removed (but still had long service lives). I've often wondered what it would be like to fly RoF unarmed… so I've started sometimes selecting 'empty' for my loadout (and just enjoying the sensation of flight).

Long story short - here is a mod that will:
- visually remove the turret ring and gun
- keep your gunner from standing up… You're gunner is now a passenger

- Place the file in the following directory:
[Your Rise of Flight install]\data\LuaScripts\worldobjects\*.*)

- Remember to select "mods on" in the option menu!

- Delete the file to remove the mod


Give it a try and let me know how it feels…

To better explain the poll:

- One option is to simply add 'weapons mods' that allow you to remove the military equipment.

- Another option would be to produce a civilianized version of Rise of Flight to be sold separately (as an option for kids/museums). This could be a fast way for the devs to make extra money (funding the military version as well).

- A third option is to make some new civilian aircraft or new scenarios. Something like 1/5th of new development would be targeted at catching the casual civilian player.

By the way, for those who can't imagine flying unarmed without being in a Cessna:

P.S.
The Farman III is a real doll to fly in FS-WWI - it feels much less powerful than any of the aircraft we have in RoF - but it is easy to handle, provides a wonderful view and allows one to fly extremely low safely… It was the Cessna of its day and an important trainer…
http://www.youtube.c...h?v=0XPwBpa08Ao" onclick="window.open(this.href);return false;">

I'd only be interested in this if flying the mission without a gunner gave significant tactical advantage. Early radios were heavy so the gunner was often left at home, no gunner more bombs, etc.

There's so many other things I'd rather see in ROF than civvy planes, but then it isn't my sim:)

Well to be honest I probably couldn't get shot down any quicker without a gun than I do with a gun so what the heck ….. LOL

I'd only be interested in this if flying the mission without a gunner gave significant tactical advantage. Early radios were heavy so the gunner was often left at home, no gunner more bombs, etc.

There's so many other things I'd rather see in ROF than civvy planes, but then it isn't my sim:)

I'll agree with that - civilian planes really aren't my priority… although I would buy them if I liked how they looked.

I voted for the first two options. It would be nice if they could make some extra money and make it easier for new players to get involved - by simply selling a version with *reduced* content (deleting the weapons)…

Mind you - I'd still be very enthusiastic about getting one 25-50hp plane in the game - just to make the D.H.2 feel like a hot-rod if nothing else. It is amazing how much your confidence is improved when you know there are worse options out there….

Hmm - debated about whether to move this to the "Polls" section, but decided since it includes and is about a Mod that it probably belonged there more, so moved it to the Mods section. Interesting idea, being able to leave your gunner behind in order to take more bombs on some special "stealth" bombing mission deep behind enemy lines. But I wonder how that would work - in the Bristol, for example, it has a big message warning you not to try to fly without the equivalent weight in the rear position - would that mean you'd have to store the extra bombs back in his seat to make the weight distribution work out OK?

Oh, need to check this out badly….

I would love csome 'civilianised' planes in ROF! I very much enjoy just taking these planes for a leisure flight, and it would be fun to do so without all the war material attached…as long as it's historical, that is.

Some examples I would love to see in ROF: 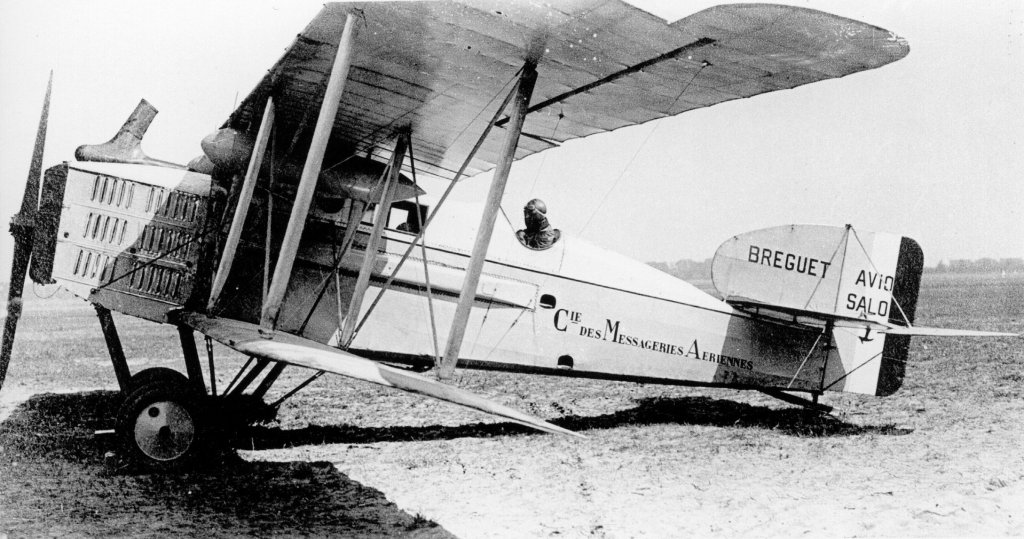 The Nieuport 11 was originally designed as a racer/ I don't know if it ever flew as a civilian plane, but it would be the perfect candidate to just have some unarmed fun flights in: 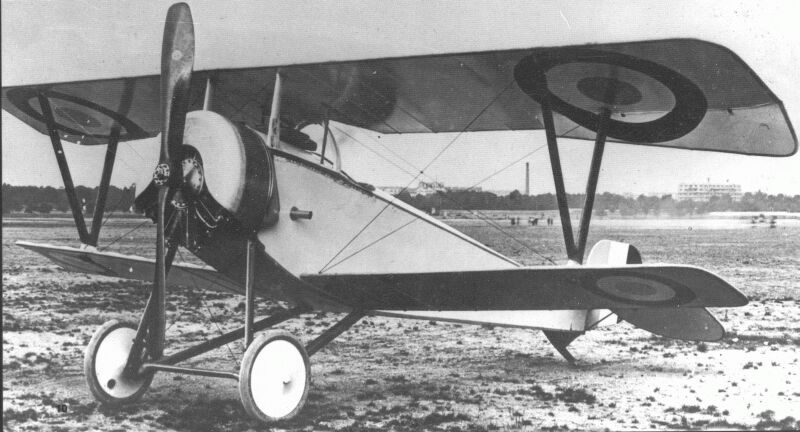 The Fokker 'E' only became an 'E' when a machinegun was mounted on it, before that it was an M5: 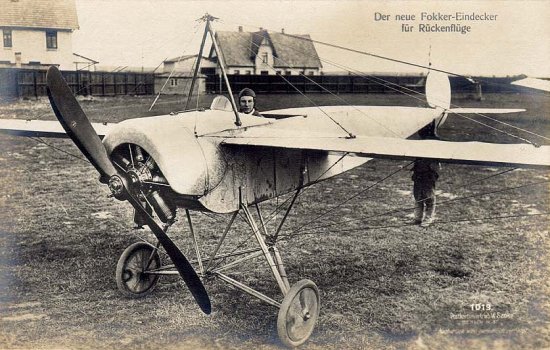 I couldn't find any pictures of the DFW C.V that was transformed into a passenger plane, but it was! Here's something similar: 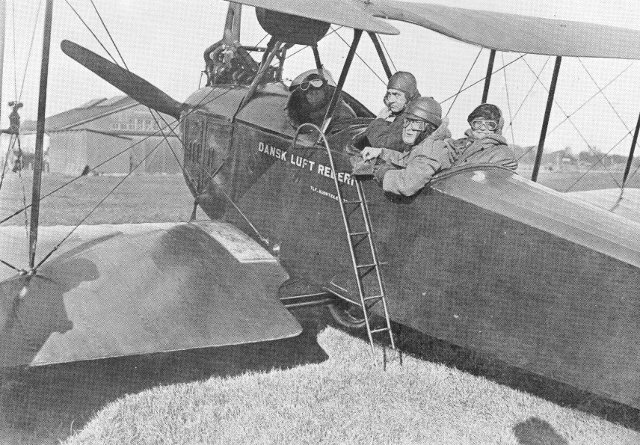 Nice one Jorri! My new avatar

Good choice Laser I was thinking the same….but why does an unarmed 1938 SE5 have an 'aldis' sight?

Judging by picture name, it may be a 1917 SE5 with a Vickers gun (not visible due to the angle of the photo) - so it could be a 1938 magazine number mentioning the Great War SE5

P.S. of course, beside the Lewis gun which would be also invisible, except for the Foster stuff. Or maybe it has just this gun, but i don't get why the photo filename mentions the Vickers.

I'd happily pay 3d for that (my favourite English coin)

worth about £3 now!!! much less than the picture or the magazine. (How many coins have 12 sides?)

It seems that that particular magazine, unlike John Cleese in "Fawlty Towers", does mention the war

(P.S. Sorry for the slight offtopic!)

or "Fatty owls" - i think he mentioned it once, be he got away with it

It would be more emersive according to me !

Secondly, with the new Channel Map, I can't wait to fly from France to Great Britain, with a Fokker EIII as Louis Blériot did in 1909 with his Blériot XI.

Hope one day, we will have Civilian versions of planes we bought and new civilian planes such as Blériot XI and really early planes to fly like the pionneers did.

The Canadian Nickle (I suspect our dollar might have 11 sides though).

Sorry, I botched the upload - see the first post

The Canadian Nickle (I suspect our dollar might have 11 sides though).

Sorry, I botched the upload - see the first post

That`s so typical!
Always if there is something about non-war in this Forum:

Of course not everybody, no no no-
but I think everybody shall have a look at this option and not close himself bout this.

He does have a point though, so many war things we can have before the non-war things can be thought about…

Maybe a Halb with no gunner…

It seems the Loonie is actually an 11 sided coin.

Anyway, the main market for a civilized version is probably a more casual one.

The great plus about civilian flying is that you don't need a joystick (if you're not going into a dogfight) and it is a much gentler learning environment. RoF also makes flying quite enjoyable enough to sustain some interest.

So the main point of this poll is that:
The existing user base is not opposed to some resources being spent on a civilianized version, so long as development continues on the military version